Home How to Invest Top 3 Ethereum Killers: Best To Provide in 2022

Ethereum is an open-source blockchain platform. With a market capitalization second only to Bitcoin, Ethereum’s native currency, ETH, has ushered in a new era in smart chain technology. However, unlike BTC, ETH has taken things a step further by creating an immutable record of all transactions.

Ethereum was built in 2015, making it the most popular decentralized marketplace for financial apps, services, and games globally at the time of this writing. However, cryptocurrency’s popularity has exploded in recent years, and so-called “Ethereum killers” have made their way into investment portfolios and quickly gained market dominance.

Let’s get to know top three Ethereum killers that investors should keep an eye on in 2022.

Why is it worth investing in Ethereum killers?

ETH killers are open-source blockchain protocols that try to fix one or more of Ethereum’s fundamental faults, such as sluggish network performance and high gas pricing. Investors have a growing consensus that blockchains from Ethereum’s second and third generations — such as Cardano, Binance Smart Chain, and Solana — will overtake Ethereum’s market share soon. Scalability is a significant danger to the Ethereum network and the decentralized finance industry’s general survival. Ethereum’s proof-of-work (PoW) consensus mechanism has become outmoded since it can only process about 13 transactions per second (TPS). It’s also led to a congested network with wildly fluctuating gas prices due to the high volume of daily transactions (1.355 million on average). For businesses that use Ethereum regularly, this may be an issue.

A rise in adoption has boosted the value of many cryptocurrencies, including Solana, Cardano, and Polkadot. Many blockchain developers are looking for alternatives to Ethereum due to its high gas pricing and other difficulties that we will explore in this article. Despite the nickname “Ethereum killers” given by some in the community, proponents claim this is not a conflict but a collaborative endeavor to build Web 3.0.

1-year price change: the coin is expected to reach around $109.1 in one year.

Solana was the hottest blockchain in the second half of last year, following the successful launch of its cross-chain communication bridge, Wormhole. Its own NFT series Degenerate Ape Academy sold out its 10,000 units in eight minutes after the launch and generated a trading volume of over US$2.5 billion.

Both proof-of-stake and proof-of-history consensus procedures are used by Solana, allowing the network to better organize and keep track of transactions by paying validators with SOL according to how much they have invested. Because of this combination of consensus mechanisms, Solana’s transaction throughput has grown to around 65,000 transactions per second, 2,000 times faster than Ethereum and 40 times faster than Visa.

According to a recent study by Solana Labs, the blockchain’s designers, a single transaction on the Solana network uses 1,837 joules of energy, compared to 1,080 joules for a Google search. So even though ETH2’s energy needs have been much reduced, a transaction on the network still requires 126,000 J.

1-year price change: the ADA may attempt to reach around $2.33 in one year.

Cardano meant to be on this list from the start, given its developer and the driving force was Charles Hoskinson, one of the Ethereum co-founders. It was previously the third-largest proof-of-stake blockchain in the world, according to CoinMarketCap, when its native currency ADA achieved an all-time high of $3.10 in September.

When the long-awaited “Alonzo” upgrade was announced in August, the price of Cardano ADA rose in response. This update would include smart contract functionality, support for NFTs, and an ERC-20 converter, enabling Ethereum tokens to operate on the network.

Although Cardano’s value fell by over 60 percent from its all-time high in September, it nevertheless managed to maintain its position in the top ten cryptocurrencies, trading at about$1.30 as of this writing.

The IOHK team’s academic rigor, which mandates that all recommendations go through a peer-reviewed research method, has made upgrading the Cardano network notoriously slow. Nevertheless, farming and the Ethiopian Ministry of Education leverage the Cardano network to improve supply chain management and ensure that academic degrees are not tampered with.

For the first time since Dogecoin’s spike in April of last year, the Avalanche network’s native AVAX briefly entered the crypto top 10 in mid-November, achieving an all-time high of US$146.22, knocking out Dogecoin and removing meme coins from the top ten list. Since then, AVAX’s share price has dropped to about US$90, putting it in 12th place, just outside the top ten.

According to CoinMarketCap, this is a significant gain for the AVAX network, which started in 24th position and had just a third of what it has today in market cap.

Since its mainnet launch in 2020, Avalanche has been attempting to expand its ecosystem of dApps and DeFi. It also allows Ethereum-based apps like SushiSwap and TrueUSD to function on the platform. Each of the three distinct blockchains, X-Chain, C-Chain, and P-Chain, has its purpose and consensus methods and can handle 6,500 transactions per second without losing scalability.

Let’s look at the upsides and downsides of Ethereum blockchain projects.

Analysts believe Ethereum will succeed, but its rivals would gradually erode its market value. So if you’re looking for something that does the same thing as Ethereum but does it better, you’ll find hundreds of cryptocurrencies out there. Nevertheless, these cryptocurrencies have the advantage of learning from the mistakes of Ethereum.

Treasury bonds are essential for any investing strategy. Bonds generate income, are less risky than stocks, and may…
byG.Invest
No comments 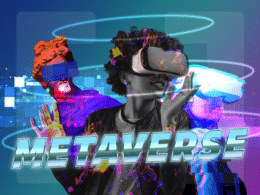 Bitcoin is one of the most familiar cryptocurrencies, but it isn’t the only one. The phenomenon of meme-based…
byG.Invest
No comments 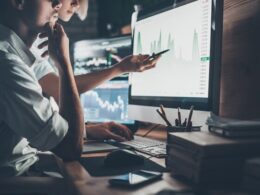 Crypto investing is a risky but highly profitable business venture. While you can build a fortune if you…
byG.Invest
No comments 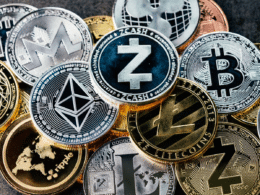 Top 3 Cryptos to Watch While Macroeconomic Headwinds Hit the Blockchain

The present risk-off trading situation may be the polar opposite of the crypto market. Somewhat meaningless price movements…
byG.Invest
No comments