Home How to Invest In Hunt for Silver! Brothers Hunt Who Almost Cornered the Market

Seldom do they imagine that commodities markets can be just as thrilling and home to some genuinely spectacular events. One of the most exciting stories includes three brothers, silver, and a Thursday that remained remembered in the history of investing.

Today, we will relive the story of one of the most considerable speculative attempts to corner the market — and how it went wrong for the protagonists.

Nelson, Lamar, and William Hunt were the three sons of Texas oil magnate Haroldson Lafayette Hunt. Jr. Haroldson Hunt allegedly bought his first oil field with the money won at a poker game and later built on it by drilling in east Texas.

The brothers lived in the Lone Star State, financing their somewhat ostentatious lifestyle via investments in oil, real estate, and commodities.

At the time, the economic outlook for the United States wasn’t great. Due to the unresponsive monetary policy and the oil embargo, inflation was raging. The pressure on the dollar was so high that President Richard Nixon decided to detach the dollar from gold. For the first time ever, the paper currency had no peg to a tangible precious metal.

The Hunts were not the only ones that felt skeptical about the alterations made to the financial system and wanted to hedge against the risks of the fiat currency. As trading in gold was not allowed, the Texans turned to silver.

In 1973, the brothers bought some 35 million ounces of silver, which they had arranged to send to Switzerland. After having run into heavy fire from the regulators, they had to ease their positions. But things took an even more severe turn in 1979.

Texans were seemingly very anxious about inflation, and they were not wasting time to protect their wealth. By the time 1979 came to an end, Bunker and Herbert owned an aggregate amount of over 42 million ounces of silver, with 65 million in long positions in the futures contracts. For every dollar the silver was gaining, the brothers were becoming hundreds of millions richer.

Hunts’ move brought about a serious shortage of silver and caused many business problems whose operations somehow depend on the bullion. In just one year, the price of silver shot up from around $6 per ounce to more than $50 per ounce. Even the futures were trading above $46.

With the Hunt brothers owning almost 70% of the silver futures on the New York Commodity Exchange, companies impacted by the soaring price of the precious metal started expressing their discontent. Tiffany & Co., for example, slammed the Texans on a full page in the New York Times, describing the brothers as “unconscionable.”

The demand for silver was so high that people rushed to sell any that they could find lying around their homes, and the police even issued a warning to beware of the burglaries, as thieves were also targeting the so-called “poor man’s gold.”

The surge in supply hindered the Hunt brothers’ plan to amass as much silver as possible, with their funds eventually drying up. In simple terms, they were left with too little money to buy the silver thrown at them.

After the whole scenario, the United States government decided to step in. The federal regulators made it impossible to write or sell long positions for silver futures. This, of course, tilted the scales in favor of the shorts, which brought the price of silver considerably down.

At that point, the Hunts had to carve out millions of dollars per day to cover the calls, storage fares, and interest. To make matters worse, only about 15% of the money owed belonged to the Hunt brothers, to begin with. They borrowed the rest from around 20 different lenders and brokerages.

The US central bank, Federal Reserve, then made another unorthodox move. It urged the banks to stop lending assets for speculative activity. This drastically changed how the banks felt towards the Hunt brothers, as it meant that the Texans are going up against the entire country’s financial system.

The banks stopped giving money to the brothers willy-nilly, which made it even more difficult for them to cover the expenses of their operations. Consequently, the price of silver plunged deeper still.

The Hunts were officially unable to meet a margin call on March 27, 1980, the date that remained remembered as “Silver Thursday.” The price of the precious metal plummeted to under $11 from almost $50.

Going basically against the market is a bold idea, but you don’t want to be on the receiving end if it backfires. The same happened to the Hunt brothers. They had to testify before Congress, publicly scolded, and charged with market manipulation.

After declaring bankruptcy, it took them almost ten years to pay back everything they owed. They ended up notably less affluent than before, but they weren’t left exactly destitute, to be honest.

The main lesson to be learned from the story of the Hunt brothers is not that you don’t want to play with fire, as most investors can’t cause tectonic shifts in the markets in the first place.

Apart from the whole market cornering, the Hunts were suitable to assume that the financial crisis will help the precious metals climb, as more traders will turn to safe-haven assets during the turbulent time.

Their lesson still holds true because the price of silver is still not without volatility. If you decided to buy bullion in March 2020 and sold it in May 2021, the return would amount to a whopping 158%. So don’t disregard the commodities markets just yet. 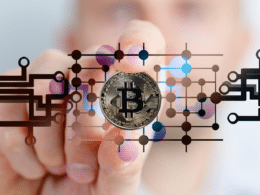 How Much Does It Cost to Mine Cryptocurrency?

Mining cryptocurrency is the contentious procedure of verifying and adding new transactions to the blockchain for crypto using…
byG.Invest
No comments 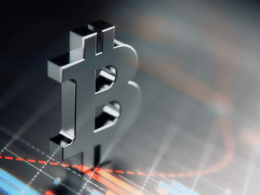 Top 3 Most Viewed Crypto to Be Fortunate

Several industries, including banking and healthcare, have been lauded as potential game-changers by the blockchain technology underlying Bitcoin…
byG.Invest
No comments 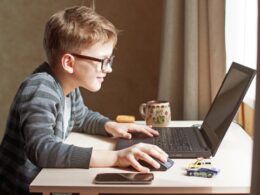 How Old Do You Have to Be to Invest in Stocks?

If you think you are too young to begin investing in stocks, think again. In this era of…
byG.Invest
No comments 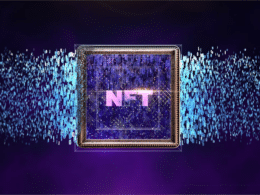 NFT projects have become an exciting investment sector as the marketplace is overgrowing and worth billions of dollars…
byG.Invest
No comments