Home How to Invest What Is Slippage in Crypto & How to Avoid It?

What Is Slippage in Crypto & How to Avoid It?

Slippage is a common occurrence for novice crypto investors, and it’s likely to annoy them. So what does slippage mean in the crypto world? One way to put it is that you are overpaying for cryptocurrency. The bait-and-switch isn’t there. The reasons for this include a combination of high demand, high volatility, and an unstable asset class as a whole.

If you’re considering putting your money into crypto, bear in mind that slippage is a common problem when it comes to market orders.

What exactly is slippage?

Traders who place market orders on an exchange want their orders filled at the most incredible possible price. How much does it take for a trader who wants to buy $100k worth of Bitcoins to get the current best offer on an exchange?

When traders face “slippage,” the discrepancy between predicted and actual transaction pricing, they are in a tough spot. Two things may cause it: a change in the bid/ask gap between the time a transaction is submitted and filling time or a lack of order book depth to deal with large market orders.

Slippage may also result from a lack of order book depth in markets with less liquidity. The number of bids and offers on either side of the median price calculates market depth. With a “deeper” order book, even a large market order has less impact on price movement.

If there is insufficient bid or ask volume to satisfy a large market order, on the other hand, orders at various price levels are necessary to fill the order. When cutting one large order into smaller orders at different prices is done, it is called a “split order.”

How to start observing the slippage?

Traders sometimes worry about slippage in crypto markets since market depth is generally smaller and volatility higher than in traditional financial markets. The division of the $100,000 order was likely done and filled at different price points since there weren’t enough $10,000 Asks to fill it all, diminishing the trade’s favorableness.

They simulated slippage before the transaction is crucial in bitcoin markets for strategy backtesting. The “slippage calculator” Kaiko developed uses order book snapshots from over 13,000 markets across 82 exchanges to estimate slippage.

Let’s take the case of slippage, for instance.

Any trade order executed without a matching limit order or placing a stop loss at a less favorable rate than the original order may result in slippage when trading FX online. Therefore, executing orders at the predicted price due to slippage can not be done, which may occur during periods of high market volatility.

Crypto traders typically execute deals at the next best asset price unless a stop-loss limit order is in place. During stock trading, slippage happens when the spread widens or narrows. The difference between an asset’s ask and bid prices is the spread. A high ask price may be associated with long bets, whereas a dip in the bid price may be the source of slippage in short trades. Traders may avoid slippage in volatile market conditions by avoiding placing market orders until they are essential.

How can slippage be avoided?

There’s no way to prevent slippage, but there are ways to minimize it. Following, we have discussed various ways to help you avoid slippage or minimize it.

Using a limit order is the most effective method of avoiding trading slippage. It is possible to arrange this transaction when selling or acquiring assets. To sell an asset using a limit order, an investor must specify a cost limit.

The sell-off will go through only if the asset’s worth is equal to or greater than the predetermined price. Due to the possibility that It will not be possible to attain the agreed-upon pricing when the limit order placement is done, the sale may never occur.

To begin, let’s talk about slippage tolerance. The term “positive slippage” refers to the amount of positive or negative slippage a trader is willing to accept. The agreement gets terminated if the slippage exceeds a certain percentage.

To avoid losing too much money, this is one way to safeguard the user’s account. Slippage tolerances increase if the market is particularly volatile and the transaction stays terminated due to exceeding the pre-set slippage tolerance.

Controlling slippage by dividing the volume

Using different controlling strategies is another approach to do this. To avoid slippage, a big order may be divided into several smaller ones or exchanged in various intervals. For example, you are holding five ADA coins, and after a particular price hike, you decide to liquidate your position. You may sell two ADA coins simultaneously, then wait and move to the next liquidation phase.

Since the extent of slippage varies every second, you can also expect positive slippage at times. Therefore, dividing your entry and exit positions will face further slippages every time. Resultantly, positive slippage will at times compensate for the negative slippage.

Let’s dig into some advantages and disadvantages of slippage in crypto.

No matter how careful you are in your trading, slippage will always occur. Use the tools at your disposal and comprehend the market, and plan to minimize the losses associated with slippage. Furthermore, you may find that slippage has worked in your favor at times rather than against you. If managed correctly, you can avoid slippage. However, if you’re new to trading, you should be aware of this and ready for it. 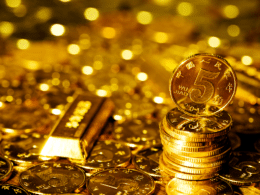 Gold-backed cryptocurrencies track the price performance of precious metal gold. Each token is worth specific grams or troy…
byG.Invest
No comments 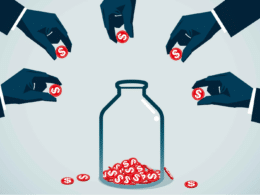 Safest Bonds to Invest in 2021

Bond investment is one of the safest ways to protect your savings and make a profit by lending…
byG.Invest
No comments 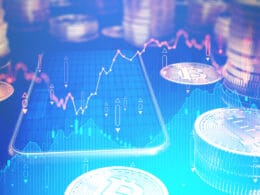 Cryptocurrency exchanges are online platforms used to buy and sell cryptocurrency. These platforms are intermediaries between the buyer…
byG.Invest
No comments 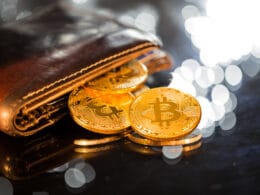 Cryptocurrency is a rapidly-evolving technology. This means what was relevant yesterday might have no value tomorrow. While many…
byG.Invest
No comments