Home How to Invest Santa Claus Rally 2021: Will It Be Explosive This Year?

Santa Claus Rally 2021: Will It Be Explosive This Year?

You have probably heard about the Santa Claus rally, a seasonal event that affects the stock market. Knowing this commonly occurring pattern could get you in a good position if you start early. The question is, “Does this event come randomly?”

According to book author Yale Hirsch, 34 out of the 45 past Christmas seasons from 1969 to 2016 have produced positive returns for the stock market between Christmas Eve and two days after New Year. This data shows that there is a 75.6 percent chance that the Santa Claus rally manifests in the stock market every year before the year ends.

Some people give their cents on this interesting market episode. Some say this is a result of investors liquidating positions at a loss to get tax benefits. Others contend the event is due to the investing actions of market participants who anticipate a rise in stock prices in the next year.

You might be among those who look forward to this rally each year. Will Santa give you a large present before 2021 ends? No one can say for sure. That is yet to be seen. For now, let us take a deeper look into this event and go through five stocks with good chances of joining the rally.

What is the Santa Claus rally, and when does it start?

Santa Claus rally is a commonly occurring phenomenon in the stock market but is not clearly understood. Because of its frequent occurrence, many investors consider it an investing theme they can bank on each year. There is no guarantee that it comes year after year, though.

There is no consensus as to the start date of the Santa Claus episode. The stock market, in general, performs well in the last month of the year. However, the major part of this performance occurs in the last week of the year, extending until the second trading day of the following year. Most investors regard the day after Christmas Eve as the inception of this rally.

What is the Santa Claus rally history?

A good number of investors think the Saint Nick’s rally is simply a fairytale-like the namesake itself. Proponents believe otherwise. They often refer to the study conducted by Hirsch about the Dow Jones average when making their claim.

At present, you can use the S&P 500 index as a basis when trying to understand the truthfulness of this rally. If you compare the index’s closing price at the end of the event with that at the beginning and do this year after year, you can find interesting data. Besides, this index embodies the collective action of the stock market.

The index does not return positive results 100 percent of the time. However, its success rate is higher than average. Using data from 1993 to 2016, the index has performed 17 times out of the total 26 holiday seasons, or about 65 percent. This means that this event is not at all random.

What are the Santa Claus rally statistics?

The Santa Claus rally brings a positive yield in the S&P 500 index 77.9 percent of the time. This is based on data obtained from 1950 to 2019. There is no other seven-day combination throughout the whole year that has beaten this record. During this event, the index gains an average of 1.33 percent if the rally does occur.

You might ask what happens when the rally fails. From 1993 to 2015, Santa did not come to town but instead went to the north pole only six times. Because Santa has not arrived, the index produces lower gains five out of six times and has performed well throughout the year only once (i.e., in 2016) out of six.

Below is our list of top five stocks that may join the rally in 2021.

In terms of returns during the Saint Nicholas rally, Amazon undoubtedly is ahead of the pack. Even as a relatively young market player, Amazon has delivered around 2.3 percent gain during the rally since its inception. Just be aware that this gain is slowly going down decade by decade.

Despite its business challenges, IBM remains to be a force to reckon with in the IT sector. It belongs to the stocks worth buying during the Santa Claus episode. IBM gives investors an average of 0.49 percent return when they buy it around this time of the year. Last decade, the stock managed to deliver an average of 0.42 percent despite setbacks.

TGT is among the few stocks that weathered the pandemic years. The stock is up by 36 percent from January 2021 to date. Investors expect its sales to pick up once pandemic woes wane. The main driver of this performance could be Target’s one-stop-shop offering. Additionally, consumers might find the firm’s ship-from-store feature fast and dependable.

Investors who purchased some shares of Ford during the Saint Nick’s rally are historically happy and satisfied. From the 1970s, Ford stock posted an average gain of 0.81 percent during the rally. That milestone is not bad at all as investors deal with a blue-chip stock. While the last decade’s performance is less than this average, the 0.51 percent gain is satisfactory.

Intel’s performance during the rally is not too impressive but not too shabby as well. From its inception, Intel generated an average return of 0.55 percent on the rally. There are times in its history, though, where it failed to deliver. This occurred in the years starting 2014 and ending 2018. As a result, Intel was negative one percent over the past decade within this framework.

Although the rally comes more often than not, market analysts suggest not relying on it when making investing decisions. Therefore, you should stick to your investment plan instead. Just keep on growing your investment account without giving much regard to the ebbs and flows in the stock market. It is best to think of the rally as a bonus during the yuletide season. 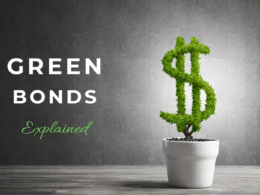 How to Invest in Green Bonds?

The concern about the future of the planet is getting bigger every day. Companies, governments, and institutions do…
byG.Invest
No comments 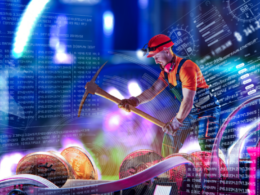 If you follow stock market news, you know that the markets had a bumpy start in 2022. The…
byG.Invest
No comments 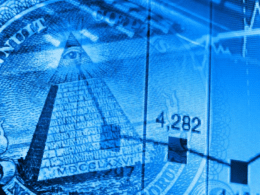 You must have heard several myths about the FX platform. One of them is that the platform is…
byG.Invest
No comments 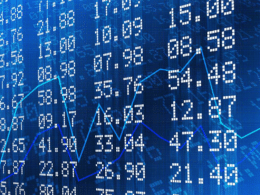 How to Invest in Stocks: Essential Things to Consider Step-by-Step

Investing in stocks is a popular way to earn money which helps you to make enormous profits. Other…
byG.Invest
No comments