How to Invest in the Best Uranium Stock in 2022

Green energy is taking over the world at a faster rate than expected just 20 years ago. Uranium seems to be one of the best ways to power cities and nations in a carbon-neutral environment.

While industrialized nations have committed to being carbon-neutral by 2050, the world still runs on oil and fossil fuels in less than three decades. As a result, America, Europe, and even Japan are turning their heads back to nuclear energy as a sustainable solution to solve the world’s environmental problems.

Companies are joining this vast effort to save the world and make a whole new economic order out of this change. The next few years could see many of the world’s most influential and wealthy men emerge from this business. Keep reading to learn how to invest wisely in this revitalized industry that will take over the energy sector.

What is investing in uranium stocks?

Investing in these stocks puts down part of your capital in buying shares of companies involved in the uranium business for energy production.

Although you may have heard of uranium as a dangerous element for nuclear weapons, the truth is that the power contained in uranium is used frequently to power cities around the world.

Right now they are at their highest level since 2013 due to the increase in the demand and future developments of plants like the one in France, where nuclear energy accounts for more than 70% of the electricity supply in the country.

The Fukushima accident made many nuclear power enthusiasts reevaluate their position about nuclear energy as a source of power that could solve the energetic problem of a world without fossil fuels.

However, the industry has finally admitted that despite years of investing money, effort, and time into solar and eolic energy, they cannot address the issue alone due to their instabilities. There is no solar power at night, and there is electric power without wind, so you can’t trust any of those sources to power systems constantly. We need a reliable option to be there when solar and eolic energy fail to cover the demand.

It seems that after the low point that signifies the Fukushima accident, the inability of other renewable resources to give cheap and reliable energy has brought nuclear energy back on the table.

What should the trader know before investing?

In contrast to other materials like gold or silver, you can not trade uranium directly as a commodity in the market. Instead, an easy way to invest in uranium stocks is to buy stocks in companies involved in the business, like nuclear energy companies or mining companies that extract uranium.

This is, of course, a good choice, but like any stock, it comes with many risks involved. When you invest in a company, you are not just betting on the sector’s future but the performance of that company. It doesn’t matter how well the industry is doing or how high the uranium price is if your company goes bankrupt. You will lose your money anyway.

Also, even when the world’s reality has forced governments to turn back to nuclear energy, this is not happening without opposition. Around the world, many voices are being raised to stop nuclear energy developments. This is a thread for the business and gives uncertainty to the investors. Since this is such a political issue, the change in the political pendulum can affect the development of projects as countries change political preferences.

Nuclear energy is a highly technical enterprise, so not many companies can develop sustainable nuclear developments. This means that the investment options are narrow compared to other industries.

As we have exposed, uranium stocks have many benefits, but it also involves risk for investors and humanity. The world has had a volatile relationship with uranium for many years. Even when there are incentives on behalf of world politics to make nuclear plants today, we do not know what can happen in the future.

To help you make the right call on uranium stocks, let’s see the top three upside and downsides of such investing.

Investing in uranium stocks seems like the right move in the next few years. Solar energy faces big reliability problems, so electrical sources like hydroelectric plants and nuclear plants compete to be that clean energy that supports the system when solar and eolic fail. 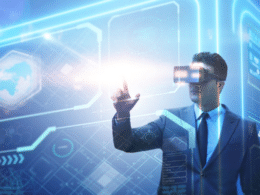 Virtual reality came into existence in the 1990s, but it has gained traction and momentum only in recent…
byG.Invest
No comments 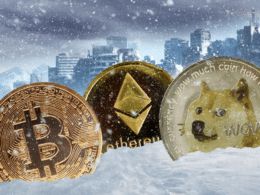 Will This Crypto Winter Be the Worst? All that Traders Have to Know

Recent years mark the excessive surge of demand for cryptocurrencies around the globe. It has become an utmost…
byG.Invest
No comments 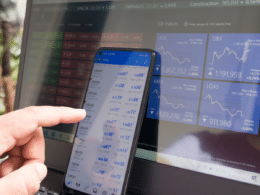 The FX market is famous for its liquidity and sees enormous daily trading volume daily. Although forex margin…
byG.Invest
No comments 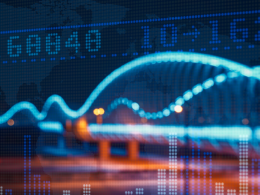