Home How to Invest How to Mine Crypto on iPhone in 2022?

During the cryptocurrency craze, you can’t help but hear about people mining these digital currencies, causing the graphics processor market to be unstable.

Usually, they mean powerful computers worth several thousand dollars for mining equipment. But you can mine cryptocurrency even on a smartphone. This article will tell you how to mine on the phone and whether it is worth doing it at all.

What exactly is crypto mining, and how does it work?

In a nutshell, crypto mining produces new cryptocurrency units, often referred to as coins. This kind of mining, contrary to popular belief, does not need pickaxes. Rather, computers are equipped with powerful processors that work hard, crunching through complex math problems.

So why do these digital currencies need to be mined in the first place? Because they are fake money with no backing other than the price people are prepared to pay for them. So instead, cryptocurrency should manufacture its currency by turning on a money printer, much like real cash.

How does cryptocurrency mining work?

Hashing is the initial step in unlocking a block in the chain, and it’s done by solving an extremely complicated equation. In cryptography, the “crypto” part of “cryptocurrency” refers to the random combination of letters and numbers that disclose the original message when combined with the correct key.

In certain respects, solving these complex mathematical puzzles may be compared to crypto mining. This method is referred to as “proof of work.” it gives you a penny if you complete it in the allotted time. If you’re slower than the rest of the field, you’re not going to get one.

In contrast, hashes are incredibly complex to solve by their very nature. You’re using the phone or laptop to view this article, and it would take millions of years to solve one.

What do I need to mine Bitcoins on my iPhone?

Elias Limneos, a well-known iOS jailbreak engineer, created MobileMiner, a CPU miner for iOS devices. The initial setup of MobileMiner is time-consuming, but after that, it requires minor attention. To begin mining, you’ll need to develop the Xcode program and get a wallet.

Each mining operation is expedited by the processing speed of your iPhone’s CPU. Unfortunately, only recent iPhone models provide the best hash rates. Thus we highly recommend using an iPhone 7 or later.

Even though Elias is a well-known developer, using his method will install an ‘unapproved’ code on your iPhone. It’s up to you whether or not you’re willing to put yourself out there.

What is the best way to install MobileMiner on an iPhone?

You’ll also need your Mac for this. Set your Apple ID as a developer to begin with.

The project name should be ‘iPhone Miner.’ Set up a team with your name, and choose Swift as the programming language, with both Unit and UI tests enabled.

When using the iOS App Signer, go to the Xcode project and choose the MobileMiner.ipa file, Signing Certificate, and Provisioning Profile to use. Then, begin the software and save the IPA file to your desktop.

Open Xcode, choose Window, then Devices and Simulators from the menu bar. You may install MobileMiner.ipa from your desktop by first selecting your iPhone from Devices & Simulators, then clicking ‘Add’ under installed apps. The Mobile Miner app should now be visible on your home screen.

How can I get MobileMiner up and running?

You’ll need to make a few decisions at this point.

To mine several currencies, you’ll need to set up separate configurations, but you’ll be able to switch between them at will. The username and wallet address you get when you sign up for a cryptocurrency account is required.

Fill out the required information on the setup page, and you’re done. However, the number of threads your phone can manage varies based on the model of your phone.

When the phone is switched off, the software uses a workaround to ensure that it can continue mining in the background even if the phone isn’t.

However, your battery would deplete fast due to the program running continually in the background in this manner.

The future of mining

It brings us to a fundamental conclusion that Bitcoin needs a future beyond mining. As this Columbia Climate School research illustrates, cryptocurrency mining is not only costly because of the high cost of electricity and graphics processing units (GPUs), but it is also harmful to the environment.

Whether it’s staking or any of the other dozen concepts that crypto enthusiasts are concocting as you read this, it’s impossible to predict what the future holds. We’ll have to see what happens.

Upsides and downsides of mining on iPhone

Mobile cryptocurrency mining has been attempted several times, but this is the first software to be straightforward and user-friendly. You may be out of luck, however, as mobile CPUs aren’t anywhere as powerful as PC processors, and the expense of electricity alone would eat into whatever profit you may gain from using this technology. Nevertheless, it’s an intriguing idea, but don’t expect to be able to afford a boat with your income from it anytime soon. 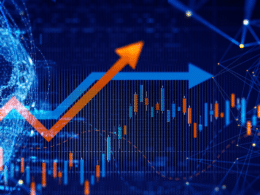 Which Best Describes the Difference Between Stocks and Bonds? 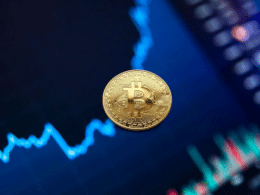 Many financial experts believe that crypto investing is a vital asset for an investment portfolio as it can…
byG.Invest
No comments 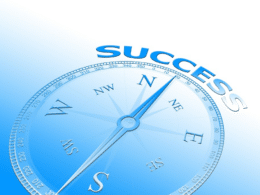 What the Trader Should Know Before Investing in Forex?

For some market participants, trading in a foreign currency provides an exciting chance to bet on currency exchange…
byG.Invest
No comments 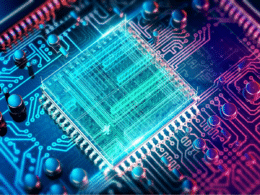