Stocks are still the most effective means of building wealth over the long run, but that doesn’t mean you shouldn’t mix stocks and bonds in your portfolio. It can have a less frequent and drastic change in value than stock prices while still providing some income through interest.

Its market has a total outstanding debt of $3.9 trillion as of 2019. While it represents a tiny portion of the $9.6 trillion corporate bond market, they provide a wide variety of investment opportunities, with 50,000 issuers compared to around 6,000 corporate bond issuers.

Bonds issued by the government and corporations tend to be the focus, but states, cities, and counties can also issue municipal bonds.

These are also called “muni” bonds and are popular investments. You can add these to your portfolio because you would add corporate and federal government. But the muni investment strategy does have some positives and negatives.

What are muni bonds?

An investment in these assets means lending money to a local or state government with the expectation that you will receive interest payments. If the muni bond matures, you should receive the total principal amount.

Throughout the history of the United States, they have been used to finance large-scale projects. For example, states and local governments began issuing these in the early 19th century to finance the canals, railroads, and roads crucial for the country’s westward expansion.

By 2019, the muni bond market accounted for $3.9 trillion of outstanding debt. Although that’s smaller than the $9.6 trillion markets for corporate bonds, these provide a broader range of investment options, with approximately 50,000 issuers compared to just 6,000 of them in the corporate bond market.

They usually earn tax-free interest. There is a possibility that you could avoid paying federal or state taxes on some or all of the interest you earn on muni bonds, depending on the issuer. They can help you reduce your tax burden, earn a relatively safe return, and help communities on projects such as roads, schools, and hospitals.

How to invest in?

Investing in them can be done in three ways:

A municipality may set up new issues as part of a new project. Secondary markets allow you to buy bonds that have already been issued or sell bonds that have not matured. A bond fund is an investment in a bond fund. You have a stake in that bond fund when you own it.

You’ll use a broker to buy and sell in all of these scenarios, just as you would when investing in stocks. So besides understanding the fees, you’ll pay, you should know the bond’s “markup” – the selling price above its face value.

The Municipal Securities Rulemaking Board (MSRB), which regulates the municipal bond market, requires brokers who buy and sell these bonds to register. To help you understand what you’re paying, they must disclose certain pricing information.

An exchange-traded fund or mutual fund that invests in bonds might be better. For example, if you invest in a muni bond fund, you receive a small stake in every bond the fund owns. You can avoid losses associated with being too exposed to one bond by diversifying immediately. However, this may result in the need to pay recurring fees.

A simple way to invest in them is to purchase them with an attractive interest rate or yield and hold them until they mature. A more sophisticated approach involves the creation of muni bond ladders. There are several of these on a ladder with different interest rates and maturities. Every time a bond matures, its principal is reinvested into another bond. Both are passive strategies since you can buy and hold them until maturity.

The active management of a bond portfolio is the preferred option for investors who want to gain both income and capital appreciation from their portfolios. Bonds are bought and sold as opposed to being held until maturity. This approach attempts to generate income from dividends and capital gains by selling at a premium.

Municipal bond markets are characterized by relative stability. It comes in many different types, such as assessment, revenue, and general obligation bonds. Generally speaking, these are safer than many other investment options, but they aren’t as safe as the US Treasury.

A city’s financial stability would also affect the stability of a bond issued by its muni authority; an issue issued by a city whose credit rating has been downgraded or filed for bankruptcy would be considered more stable.

Many investors think too narrowly about stability and safety during tough or uncertain times. However, their flight from risk leads them to fail to consider how an investment fits into their overall financial plans.

These are tax havens, often yielding higher returns than Treasury bills. However, inflation and tying up large sums of money can still cause them to lose money for much longer than the average recession lasts.

How are municipal bonds taxed?

These are sometimes tax-free because they are treated favorably by the IRS compared to other types of bonds. Generally, interest earned on state and local government assets isn’t taxed by the federal government. However, generally, if you earn interest from corporate bonds, you will be subject to regular income taxes.

State and local taxes do not apply to many muni bonds if owned by residents of the state or locality concerned. Muni bonds do have limitations in terms of tax advantages, however. Those who are subject to alternative minimum taxes (AMT), for instance, might not be able to avoid all taxes on bonds. Municipal bonds, however, can add tax efficiency to a portfolio for many investors because they are tax-free investments.

You can diversify your exposure to municipal bonds with muni bond mutual funds while maximizing tax efficiency. The fund manager buys these bonds to help meet the fund’s objectives, just like any other mutual fund.

Using a bond mutual fund, you can diversify your holdings and eliminate the need to manage several bonds independently. Still, you will also have to pay mutual fund fees-such as expense ratios and sales commissions-and your returns will be determined by changes in the market value of the bonds instead of being affected by the yield as much. 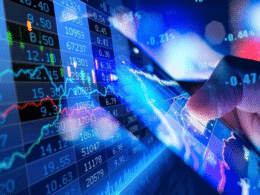 Operating Leverage Formula: How to Use It Wisely in Forex Market

Before you begin trading FX, you should familiarise yourself with the concepts of leverage, margin, and equity. You…
byG.Invest
No comments 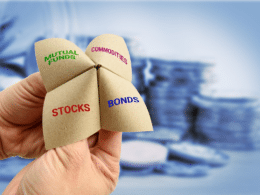 Why is it a Good Idea to Invest in Both Bonds and Stocks?

Competitive investors deliberate both bonds and stocks as effective asset strategies. Most of the investment-related articles also suggest…
byG.Invest
No comments 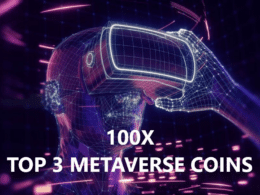 The world is gradually moving to the Metaverse. That companies are pushing projects to enter the virtual realm…
byG.Invest
1 share
1
0
0
No comments 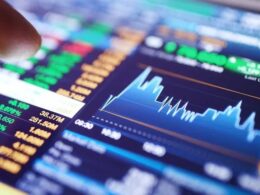 The most reliable bonds in the world are US government bonds. They are also called Treasuries. The likelihood…
byG.Invest
No comments