Top 3 Coal Stocks to Pick Up and Gain

In 2021, coal reemerged from the ashes. Coal usage has returned from its historic lows, particularly in China, primarily due to high natural gas costs and rising infrastructure investment. Rising demand and limited supplies have resulted in a rapid increase in coal prices.

This guide will discuss why coal stocks are worth looking at and the top three picks.

Why is it worth investing in coal stocks?

Tight coal supply and growing demand have pushed up prices, allowing US coal miners to reap profits, many of which faced bankruptcy and massive debts in previous years. And because US coal consumption is on a long-term dip, coal companies are not investing in new products but rather returning a significant portion of their windfall profits to shareholders.

Because the share prices of coal companies increased by as much as 986.2% in 2021 some investors may now reap the benefits of investing in the sector.

The recent increase in coal prices could facilitate the transfer of coal producers from thermal coal for power generation to metallurgical coal for steel-making. However, environmental, social, and governance problems challenge coal stocks long-term.

In turn, coal stocks are confronted with environmental responsibilities and increasing difficulties gaining access to funding for new projects.

It is expected that coal mining will continue on an upward trajectory. A few decades ago, coal and industrial firms dominated the stock market, but they are now trying to keep up. It does not imply that these companies are poor investments, but you should be aware of the dangers of withholding them.

Here’s a list of the top three coal stocks to pick up again.

The company’s reportable segments are Met and CAPP, and Thermal, with Met generating the majority of the company’s revenue. It extracts, processes, and sells met and thermal coal from deep and surface mines to steel and coke manufacturers, industrial users, and electric utilities.

The stock of Alpha metallurgical resources has increased by 934.8% over the past year. It has outperformed other coal industry equities by 667% points. The mining business announced in its Q1 report posted on May 5 that it has increased its share buyback program by $450 million, bringing the total to $600 million.

In addition, the firm announced a quarterly dividend of $0.375 per share, payable on July 1 to shareholders of record as of June 15.

Arch is at the top due to its scale and aggressive preparation for the future of the coal business, which is impossible to forecast. It has made it difficult to convert from electricity to coal mining for steel production, an industry with few green alternatives to coal.

The corporation issued a dividend of $8.11 per share for the second quarter. The dividend will be paid on June 15 to shareholders of record by May 31.

Warrior Met Coal is a coal mining company that supplies the steel industry with coal. The company primarily sells met coal to steel manufacturers in Europe, South America, and Asia. The firm has some of the largest mines in the world in Alabama. From them, Warrior can mine around 8 million tons per year. However, its reserves exceed 300 million tons.

As part of its capital allocation plan, Warrior Met Coal announced on May 3 that it would pay a special dividend to shareholders and resume the exploration of its Blue Creek deposits. Thus, the potential for capacity expansion is evident. And if it decides not to, it will have a substantial coal stockpile that will last many years.

Any future special dividends or stock price from excess cash flows will be at the board’s discretion and subject to several variables, including company and market conditions, future financial progress, and other strategic investment possibilities.

Additionally, the firm will optimize its capital structure to increase returns to stockholders while preserving the Warrior Met’s ability to explore extremely selective strategic expansion opportunities that offer appealing returns to investors.

The global demand for energy and the prices of various fossil fuels continue to rise. In this situation, coal companies can benefit, and you as an investor can pick and gain from these assets. It’s essential to do market research before investing in any coal stocks.

How Does Cryptocurrency Gain Value?

We now know that cryptos are as common as fiat currencies as a medium of exchange and transactions.…
byG.Invest
No comments 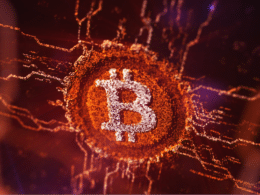 Crypto Crash: Buy the Dip or Stay Away?

A huge downturn in the crypto market seems to be taking place this week after Bitcoin dipped below…
byG.Invest
No comments 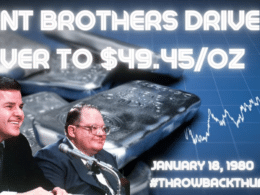 How to Invest in the Best Uranium Stock in 2022

Green energy is taking over the world at a faster rate than expected just 20 years ago. Uranium…
byG.Invest
No comments