Home How to Invest Top 3 Strong Buy Stocks for 2022: Pick Up on the Dip

The role of macroeconomic factors such as a recovering job market, fiscal stimulus, easy-money monetary policies, inflation, and slow but steady progress against the pandemic will significantly influence the market’s performance in the coming year 2022. As a result, asset values will be stimulated, resulting in a positive year for equities in general.

However, rising interest rates will pressure certain growth stocks, raising whether growth investments will eventually take second place in the future. Moreover, businesses are not immune to the effects of wider economic factors. However, these stocks are all confidently set to succeed in the long run — no matter how the epidemic spreads or how interest rates change.

Here’s a look at the top three strong buy stocks for 2022.

The organization has made a significant advancement by introducing a transportable Covid-19 test. Cue’s molecular test may produce findings equivalent to those of a typical PCR test in about 20 minutes, and the results are transmitted to the patient’s mobile phone. According to research conducted by the Mayo Clinic, Cue’s test had 97.8 percent accuracy.

In October, the firm also announced that it had signed a contract with the National Basketball Association to serve as the league’s Covid testing supplier for the 2021-2022 basketball season. The next day, on November 1, Cue and Major League Baseball jointly announced that the health technology business would conduct Covid testing for MLB games during the playoffs and World Series.

The surge in the stock markets has provided Cue with a chance to go public and generate further funds. It is one of several firms that filed for an initial public offering this year. Cue’s IPO, which took place in September, saw the business offer 12.5 million shares on the NASDAQ for $16 apiece, raising around $200 million in gross revenues.

The stock, which Sykes rates buy under his optimistic outlook, has a $19 price objective, suggesting a 95 percent gain potential in the next 12 months.

Overall, Cue Health has had four recent analyst assessments, with a three-to-one ratio in favor of buy over hold — resulting in an average analyst recommendation of strong buy. The stock is now selling at $9.8, and the average price objective is $15.75. It means that the company has a chance to expand by 62 percent in the year ahead.

It is an accounts payable solution that uses automated AP technologies to streamline the payment process. As a result, customers benefit from increased flexibility, security, and efficiency in issuing and approving invoices and making and receiving payments from any location at any time.

Invoice, bill payment, and purchase automation are among the tools offered by AvidXChange, which also offers utility bill payment. In addition, a remote access feature and fraud safeguards are included in the system, which is expandable to grow with the client.

AvidXChange, like Cue, is a firm that has just gone public, and it is another example of this. On October 13, the ADVX ticker symbol made its debut on the NASDAQ.

The business issued 26.5 million shares to the general public for $25 per share at the original offering. This was far more than the $21 to $23 price range, and it was also significantly higher than the 22 million shares that the business had planned to issue.

AVDX is well-positioned to take a share in the largely unpenetrated $26 billion total addressable markets (TAM) for middle-market AP automation. It drives a very long-duration growth profile with longer-term optionality in anticipation of automation adoption in its target market.

Overall, with eight favorable analyst ratings on record since coming public, AVDX stock has received a unanimous strong buy average recommendation from the investment community. The stock is presently priced at $25, and the average price estimate of $30.50 predicts a 22 percent increase in value over the next year.

A telecommunications infrastructure business specializing in developing markets. More than 30,200 wireless transmission towers are owned and operated by IHS in nine countries in Latin America, Sub-Saharan Africa, and the Middle East for more than $1.5 billion.

As a result, IHS is now one of the world’s biggest independent owners/operators and developers of such tower buildings, ranking third in the world. In addition, the company’s tower network enables mobile connectivity for more than 600 million individuals worldwide via its mobile network.

The firm advertises that its infrastructures may be developed and constructed to meet each client’s individual needs rather than following one-size-fits-all design philosophy.

The business completed its IPO just a month ago, and the IHS ticker began trading on the New York Stock Exchange on October 14. The IPO saw 18 million shares put on the market for $21 per share. In all, $378 million in additional capital was generated via the IPO.

As a result, Feldman rates IHS shares as a buy, with a price objective of $29 for the next year, implying an upside potential of almost 78 percent.

Once again, we’re looking at a stock that has received a strong buy consensus recommendation. IHS’ recommendation is backed by a 5-to-1 ratio of buys to holds, and the $24.17 average price objective suggests a 48 percent increase in value over the next 12 months compared to the current trading price of $16.30.

Diversification is essential for all investors who want to increase their earnings. So instead of starting with a stock research project, begin with a single question.

What are the three products that will have the most impact on people’s lives shortly regarding the products they consume or purchase? Then look at the publicly traded firms that are well-positioned to meet these potential expanding demands. Finally, purchase these three equities, preferably when they are selling at a medium-term discount. 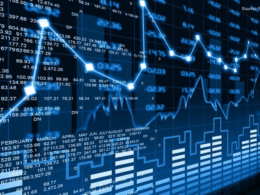 Bonds & Yields: What Is the Relationship and Why Do They Move Opposite?

If you are a bond trader, you should grasp what the relationship is between bonds and yields. When…
byG.Invest 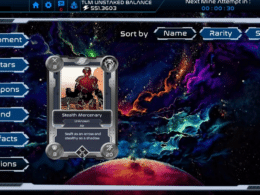 How to Invest in Your Own NFTs: On Guard of Income

Everyone is seeking potentially financial products to increase their wealth. Participants use several approaches to achieve financial freedom…
byG.Invest 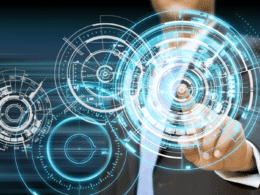 Forex Tracking: How Long Does It Take?

Companies keep records for a reason. They need data to evaluate performance and streamline operations. Traders could use…
byG.Invest 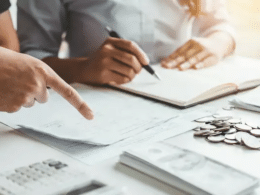 Companies must invest money now to realize a profit in the future. Your company’s performance in this area…
byG.Invest