Virtual reality was once considered something of the “Holy Grail” of technology: science fiction plots around it and the latest releases, which futurists and gadget lovers believed something great. There is still excitement around this sphere, but the “Holy Grail” status has somewhat diminished because the dream has come closer to reality.

While VR has been around for a few years, it is just now starting to gain real momentum. Below are some of the best VR stocks.

A typical VR experience typically involves inexpensive goggles that enhance a video game experience. The technology has developed significantly in recent years and is now widely applied in the automotive, healthcare, and manufacturing industries.

A total of $3 billion was spent on VR in 2019. The budget is forecast to grow at a rate of 44% in the coming years, reaching $57 billion by 2027. Several companies will generate the bulk of this growth, as you might expect.

To profit from this growing industry, let’s explore the top five VR stocks to buy.

What is investing in VR stocks?

An artificial three-dimensional world created by a computer is known as virtual reality. Wearing goggles or gloves with sensors is one way to use electronic devices. These new devices may boost VR stocks.

It is important to note that VR differs slightly from augmented reality. AR combines the real world with digital images. It involves entering a digital environment entirely.

The technology first gained traction among consumers as a “fun to have” product but is now considered a “need to have” for businesses. For stock investors, this also means a more significant need to invest in a few of these top VR stocks for their portfolios.

In 2014, Facebook acquired Oculus, a leader in VR technology, for $2 billion. “Mobile is today’s platform, but tomorrow’s platform will be mobile,” Mark Zuckerberg told investors during the acquisition.

Moreover, he has been standing by this claim since then. Approximately 20% of Facebook’s employees work on VR projects today. As a result, the stock is easily among the best stocks for VR investors.

Zuck certainly isn’t one to take a pass when he smells blood, and Facebook is aggressively pursuing VR.

It is the next most significant player in the VR field after Facebook’s Oculus. As a result, Sony is the next stock to buy if you are interested in VR.

This company is more focused on providing interactive entertainment through VR than Facebook uses VR to power human interaction. At present, it can be purchased for $300, and it has sold about five million units.

In the fiscal year 2021, Sony generated revenue of $9 trillion and earnings of $1.17 trillion. Over the next few years, the company has plenty of funds to devote to research and development in virtual reality. Sony is looking to expand its VR offerings in the same way that Facebook has.

Microsoft is another VR stock to invest

VR is no exception to the company’s leadership in all things technology. A few VR products are available on the market, such as the HP Reverb G2 and the HoloLens 2. The prices of these products range from approximately $500 to over $5,000. The HoloLens 2 has a more excellent range of applications than the Reverb, mainly designed for entertainment and gaming.

VR is a unique service offered by Microsoft to consumers and businesses alike. In addition to helping Mercedes Benz sell cars more efficiently, it will also help me, and you have more fun playing Xbox.

Microsoft is developing a new mesh platform to serve as the next step for Microsoft Teams. The mesh will allow users to work together as avatars in a virtual environment without being physically present. This technology is known as Holoportation.

According to its 2021 earnings report, it earned $61 billion in net income, and its revenue increased 15% during the past five years. As a result, VR stocks are excellent investments that have made 35% since 2017.

It has almost always been known that Apple is one of the world’s most innovative companies. The company’s product line includes iPods and iPhones. Apple iWatch has largely driven its growth in recent years by expanding into wearables. Many analysts now expect Apple to become an excellent stock for VR in the future.

The company has yet to release a VR product, although rumors suggest it is heavily investing in the development of VR products. Apple entered the VR game later than other companies, giving them a unique advantage in integrating VR technology into their vast ecosystem.

Google is also a rising VR

One of the first companies to try out VR technology is Google. Unfortunately, it was overhyped and did not succeed. Since then, the company has gone back to the drawing board and developed a few new products.

In addition to Google Earth VR, VR180 cameras, and Cardboard, Google is one of the top virtual reality stocks. Users can choose to walk, fly or browse around the world with Google Earth VR, a digital map of the world. Similar to Grand Theft Auto, but with a world map.

Google is making the biggest, headset and other companies are doing the opposite. VR 180 cameras allow you to take 3D pictures that can be viewed on Cardboard. A cardboard piece can be folded over a VR set and used as Cardboard.

Some of the brightest minds on earth are working for Google. For years, it has developed innovative products and continues to do so in the VR space. As a result, the stock of Google has grown 230% since 2017.

If you want to invest in VR stock, you must make your investment choices based on the company as a whole, not just the VR components of its business. This is especially true when it comes to the mega-leaders and big-cap stocks featured on this list.

There are not many publicly traded VR companies on the market, and the resources required to develop top-end hardware and software means that the leading players tend to be established, tech giants. The other side of this dynamic is that these giant companies usually have a wide variety of businesses that must also be valued to make reasonably informed investment decisions.

In many cases, a company’s strengths in other industries will increase its chances of success in VR. However, it is entirely possible that a large company could have a very successful virtual block and still have poor stock performance if other business areas are worse.

It is also important to remember that this market is still very young and will take some time to develop. Investing in companies emerging as big winners in VR can lead to fantastic returns in the long run, but so far, little is clear about how the market will evolve. Investors should approach this issue to understand that a technology boom could begin in ten years — and this result is not guaranteed. VR has tremendous potential and can turn into a lucrative market that delivers excellent results for informed investors with realistic expectations. 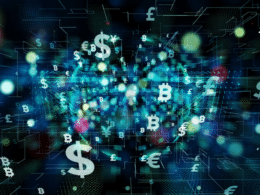 Cryptocurrency, which used to be only understood by a small group of investors, quickly becomes a word everyone…
byG.Invest
No comments 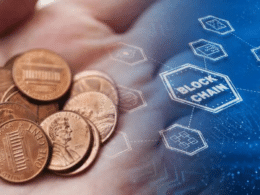 Investing in the modern era is all about finding an investment that can expand and enlarge its equities.…
byG.Invest
No comments 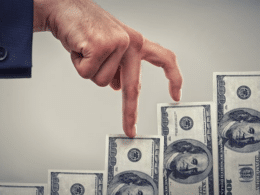 There are various ways to invest your money to generate $1,000 each day. Sure, it will take time…
byG.Invest
No comments 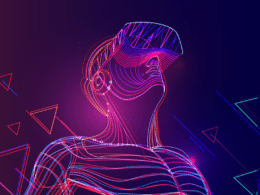 Sandbox Metaverse has it all to become the new sensation next year. The video game that is gaining…
byG.Invest
No comments