Home Passive Income Play to Earn Cryptocurrencies: Are They Real? How Do They Work?

Play to Earn Cryptocurrencies: Are They Real? How Do They Work?

Games are part of human culture. Analysts predict that the gaming industry will generate $218.7 billion in 2024. This industry affects people’s lives more than we can imagine. In addition to developing games, competing in esports, buying and selling in-game attributes, and running tournaments, you can make millions of dollars.

In the past, games have drawn critical contempt. They argued that gaming is bad for you. This was frowned upon and considered a waste of time. Today this statement is old-fashioned. Recent research shows that gaming has many benefits. They show that there are cognitive benefits to gaming.

It’s also worth noting that the World Health Organization (WHO) has also changed its antagonistic stance towards games. In the face of a pandemic, WHO has recommended video games to stop the spread of Covid-19. Throw in the ability to make money by playing, and voila, games are now contributing to the global economy beyond their sales.

What are play-to-earn cryptocurrencies?

This model’s main feature gives gamers ownership of some in-game assets and allows them to grow their worth by actively playing the game. The usage of non-fungible tokens is commonly used in the crypto industry to define ownership and even transfer it (NFTs).

Players produce value for other players in the ecosystem and the creators by participating in the in-game economy. In exchange, users get cryptos with possibly appreciating in-game assets.

These assets might be anything from attractive characters with varying availability to a specific sort of crypto.

The basic principle behind play-to-earn games is that players are rewarded for investing more time and effort into the game.

The word “Metaverse” has been talked about a lot lately. It gained a lot of traction recently when Mark Zuckerberg, Facebook’s CEO, made a few remarks about how he intends to play a key role in its development.

Simply said, it is a virtual world, a form of the place, which individuals may enter instead of merely staring at a flat-screen display. It’s the internet, complete with all of its quirks, brought to life.

Think of a world where anything is possible if it is planned and built properly. It’s a world of infinite and linked virtual worlds where individuals can use headsets, AR tools, and other tech devices to play, socialize, work, and do anything they want.

The play-to-earn concept becomes even more important at this point. It’s undeniable that the world is growing increasingly digital. Just consider how much time you spend on your phone messaging with faraway friends and relatives. Imagine being able to engage with them digitally via virtual reality.

The play-to-earn model will increase in popularity because it will allow individuals to produce value and be paid in this Metaverse, which is why there is presently a race amongst billionaires like Mark Zuckerberg to be the first to implement this notion.

You can farm or gather crypto and NFTs that you can sell on the market in play-to-earn games. In addition, each participant may acquire additional things or tokens to sell and earn money by playing the game regularly.

The use of blockchain technology and NFTs allows for immutable digital objects. The notion of digital scarcity was born as a result of this.

You’ll need to deposit your NFTs or crypto into an NFT marketplace or exchange in cashing out. Because it’s doubtful that you’ll be able to convert straight to fiat, it’s a good idea to sell for a stablecoin first.

One of the most well-known play-to-earn games is Axie Infinity. You must either make an initial investment of three Axis or obtain a free scholarship from another participant to play the game.

You may acquire Smooth Love Potion (SLP), an ERC-20 token that can be traded on exchanges after you have a Starter Team and start accomplishing tasks and challenges.

How to earn playing crypto games?

For example, Cryptoblades is one of many NFT RPG games developed by Riveted Games, an award-winning video game developer. Thanks to the power of the BSC and the blockchain, CryptoBlades has grown into a robust game in which players can earn long-term rewards.

To play CryptoBlades, you need the internet to play on their web gaming platform. Firstly, the game implies that the player can control his NFTs (weapons and characters) with the right to sell and exchange them in the in-game market.

However, each transaction requires a small fee. CryptoBlades uses the SKILL token. The player receives SKILL tokens whenever he defeats his opponent. And since it’s an online game, players can expect it to evolve quickly to stay relevant. In addition, players are encouraged to play this game as it is easy to make money on.

How to get started with play-to-earn cryptocurrencies?

Each game will have distinct conditions if you are new to play-to-earn games.

To get started with Axi, you need to have 3 Axis. There is a cost to enter some of them. The current worth of one Axi is $250. So, you need $750. If you don’t want to spend this sum, you can opt for scholarships, which allow you to borrow money from another player for free and then split the profits with them.

In other words, the player who provides the scholarship receives a specific amount of your revenue.

How much can you make from play-to-earn cryptos?

Gaming isn’t recognizable for financially rewarding everyday users. Therefore, it might be challenging to comprehend how typical participants can profit from a blockchain game.

In reality, many people make a livable salary via crypto games like Axie Infinity, particularly in underdeveloped nations. Farming is more of a passive income stream, with earnings-related to your abilities and the amount of work you put in.

In the Philippines, this farming system has become so widespread that Axie Infinity has become a viable alternative to jobless benefits.

Depending on the market pricing and gameplay, players may earn anywhere from $200 to $1,000 (USD) every month cultivating SLP. Farming rewards are often smaller than trading NFT animals and things, but they are safer for someone who requires a steady income.

Play-to-earn recently stirred up the crypto community, and people are making money from it. If you want to dip your toes in a play-to-earn pool, then now you know how you can proceed. 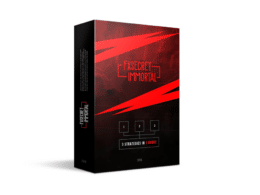 FXSecret Immortal works on MT4 and MT5 terminals and uses money management techniques to control the risk. The…
byG.Invest
No comments 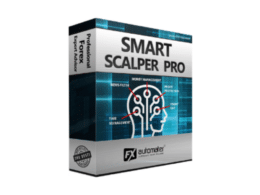 Smart Scalper Pro is an FXAutomater’s trading solution that is based on a scalping strategy. The robot has…
byG.Invest
No comments 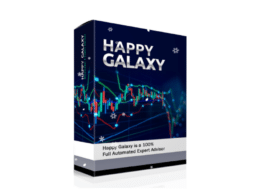 HAPPY GALAXY is a fully-automated Forex expert advisor that is compatible with the MT4 and MT5 trading platforms.…
byG.Invest
No comments 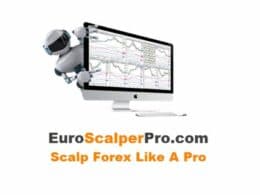