iProfit EA is a Forex expert advisor that works on the Metatrader 4 trading platform. It has 7 years’ worth of verified live track record and the developer claims that it has gained more than 8000 pips since its launch. They also claim that the robot is profitable in different market scenarios.

The parent company behind this robot is known as Phibase Technologies. We don’t know when this organization was founded, and there is zero background information on it. The vendor has not revealed the identities of the team members or shared the official address. Additionally, we don’t know whether the dev team has built other automated trading systems in the past.

The highlights of iProfit EA

Some of the principal features of this system include:

The vendor claims that the average gain potential of this robot is over 170 pips per month. At medium risk level, it is able to maintain a monthly equity gain of about 5%. However, the live trading results tell us that this is a false claim.

iProfit EA is supported by 12-year tick backtesting data with 99.9% accuracy. This test data shows the longevity of the strategy. The vendor has also shared the comparative results of backtest vs forward test for the last six years.

This robot uses take profit, hidden stop loss, and server-side stop loss. It closes all trades on Friday and keeps no orders open over the weekend. Also, it avoids using risky strategies like hedging, grid, and martingale.

This EA has three risk levels, namely low, medium, and high. The total gain or loss is calculated by multiplying the pip difference between the opening and closing price by the number of currency units traded. For low risk, the equity growth and drawdown are lower while high risk leads to higher gains and drawdown.

This EA uses a neural network-based short-term strategy for the H1 time frame. It looks to generate small gains while limiting the losses. The neural network dynamically adapts to price shifts witnessed within the last 4-52 hours. It also involves decisions being made based on historical data.

The neural network model trades the usual price shifts within the H1 bars and forecasts the maximum and minimum prices for the subsequent bars. iProfit EA makes buy and sell decisions on the basis of price action and success probability. It assesses the current market scenario using stochastics, support and resistance, and multiple moving average cross-over.

This live trading account was launched on August 26, 2013. To date, the EA has placed a total of 5473 trades through this account. It currently has a win rate of 58%, which is slightly higher in comparison to the backtesting results. However, the drawdown is much higher and stands at 25.47%.

It is evident from the trading history that the robot is prone to suffering consecutive losses. Also, it follows a low-profit strategy, placing multiple trades on a daily basis.

You can message the support team 24/7 using the official email address or the contact form.

Are traders happy with iProfit EA?

There are no user reviews for this EA on third-party websites. On FPA, it has two accounts, one of which has been closed. The other one has a weekly profit/loss of 0.15%. 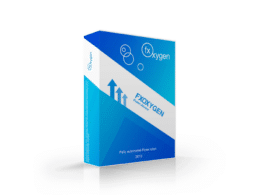 FX Oxygen is a Forex expert advisor that promises a stable monthly profit of 20%. According to the…
byG.Invest 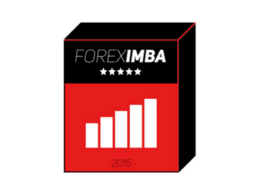 Forex Imba is an expert advisor that was released in 2014. The presentation is 3 pages long and…
byG.Invest 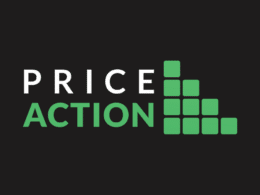 Price Action Forex Ltd provides trades on multiple instruments by using their 12 years of experience in the…
byG.Invest