Omega Trend EA is described as one of the most successful expert advisors. According to the vendor, the system implements ‘3 simple but powerful trading principles’ that can enhance your profitability. You can begin trading with the EA immediately after purchasing it. The package doesn’t have any hidden fees or taxes.

Omega Trend EA is one of the many Forex robots created by FxAutomater. The company was founded in 2009, and to date, it has developed numerous trading systems. Examples encompass Smart Scalper Pro, BF Scalper Pro, Gold Scalper Pro, and Market Insider.

The highlights of Omega Trend EA

As per the vendor, the Omega Trend EA has some features that make it distinct from others:

This feature allows you to accurately configure the robot to only conduct trades during certain hours. As a consequence, you will avoid initiating trades during the riskiest periods.

Comes with the Omega Trend Indicator

This is an advanced tool that has been particularly created to identify market trends early and follow them successfully.

With this feature, you can set the risk you want to use in percentages. The robot will automatically compute the lot size based on the risk and the free margin in your account.

According to the devs, this robot uses 3 different strategies. First on this list is trend spotting. The EA targets macro and micro trends and identifies the right trends, which enable it to extract pips from the most lucrative part. The robot particularly detects a trend close to the start of the movement. Secondly, we have strategy diversity. The explanation, in this case, is that Omega uses two different trend indicators to identify trading opportunities. However, there are no technical details illustrating how the said indicators really work. The last approach is referred to as dynamic entries & exits. As such, the EA dynamically links trailing stop and take profit points to market volatility to prevent unnecessary account drawdown and missed profit opportunities.

According to this data, the EA traded the EURUSD currency pair on the H1 timeframe. The testing period was long as it began in January 1999 and ended in October 2020. Omega started trading with a deposit of $2000, and in the end, it made a profit of $16017.06. This profit value is low given the 20 year trading period. It meant that the system made about $800 on a yearly basis. A profit factor of 1.28 stills tells us the return rate was low.

A total of 5500 trades were completed, and not many of them were successful, as illustrated by the 66.85% success rate. The EA was likely to lose more trades than win them. This conclusion is based on the higher average loss trade (-$31.69) compared to the average profit trade ($20.07).

We are presented with the results of a real USD account on Myfxbook. The EA began its trading activities in December 2020, and to date, the profit made is $120.01. This value was realized after the robot conducted 638 trades.

The win rates were quite poor. As you can see, only 60% of the long positions managed to bring in profits. The results of the short positions were poorer — 58%. A huge drawdown of 32.86% was produced, and it indicates that the EA trades with high risks to the balance. No wonder the system made a series of losses we see in the trading history data. It is also clear that short timeframes are used. Fixed lot sizes of 0.01 are applied coupled with different SL and TP levels.

You can get Omega Trend EA at a one-time fee of $117. This package features 1 real and 3 demo accounts, 24/7 customer support, and a 60-day money-back guarantee.

Customer support is available 24/7. So, if you have any queries about the product or any other kind of feedback, all you have to do is to fill the contact form provided.

We can’t really tell. This is because there are no reviews for this EA on its official website or on other review platforms like Trustpilot or Myfxbook. 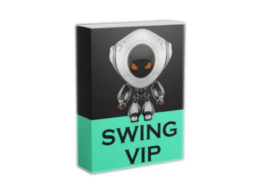 Swing VIP EA is a trading advisor that works with a price action strategy. The system has also…
byG.Invest
No comments 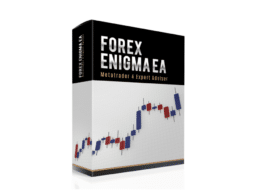 Forex Enigma is another system that offers to take over and handle all of the transactions for you.…
byG.Invest
No comments 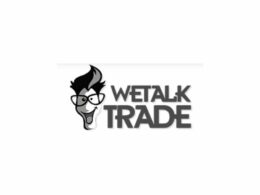 Velocity Finder Neural Trader is a system that has to inform us when the right time to open…
byG.Invest
No comments 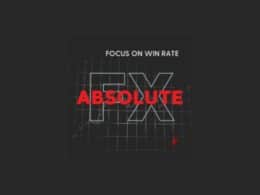