Darwin Evolution is a Forex robot that does not need any optimization since set files are supplied with it. The vendor advises that you mainly trade it on the EURUSD currency pair using the M1 timeframe. To begin trading with the system, you need to have a minimum of $200 in your account.

The inventor of this program is a self-employed professional trader known as Guillaume Duportal. He is a resident of the United Arab Emirates, and his portfolio reveals he has been in this market for 3 years. So far, Guillaume has not created other trading systems, only Darwin Evolution for both the MT4 and MT5 terminals.

The highlights of Darwin Evolution

You will find below some of the features that the developer feels makes this robot unique:

The EA can work with any broker despite their quotation, spreads, fees, execution speed, etc.

These indicators are used to keep the drawdown levels low and maximize profits.

This feature includes disconnection schedules that prevent the robot from trading prior to and after the news and also during independent hours for major news like BCE, FOMC, Fed, etc. The vendor recently included a specific news filter for nocturnal news.

According to the vendor, this advisor was created with a long-term vision in mind. He explains that the EA is not a fast scalper and can remain on standby for over a week waiting for the perfect chance to place trades. Other times, Darwin keeps positions open for a number of days or weeks to limit the DD and maximize profits.

The developer backtested the efficiency of his trading strategy and the results are presented as follows:

A small drawdown of 2.64% was made. From this value, we can tell that trading risks were minimal. A closer look at the yearly performance reveals that 2020 had the highest profit amount—$7599.84.

Compared to the testing period, the profitability rate of the system in the live market is rather low. As you can see, we have a monthly profit of 2.20% and a total growth rate of 12.60%. The drawdown rate is 9.06%, and as such, low risk trading is applied. Other trading parameters are not disclosed, probably because they are not pleasing.

From September 2021 to date, the EA has only implemented 25 trades. All the short positions have brought in profits. The same cannot be said about the long positions as they have an 83% success rate. There’s an average trade length of 19 hours and 40 minutes and an average win of 18.73 pips against an average loss of -20.55 pips.

Small profits were generated in 2021.

The EA struggled to make profits in January. February is by far the most lucrative period since the system began trading last year.

Darwin Evolution is available at $999. A renting option is also provided, and its annual plan costs $690. The developer doesn’t include a money-back guarantee in any of the offers.

The only means you can use to contact the vendor is by airing out your concerns on the comments section available on the MQL5 website.

Are traders happy with Darwin Evolution?

Traders seem to be happy with this EA going by the 5-star rating they have given it on MQL5. In summary, they are saying that the robot works well, produces profits, trades reliably and safely, and offers good customer support. One of the clients indicates that the system is a bit expensive, something that we have also noted. 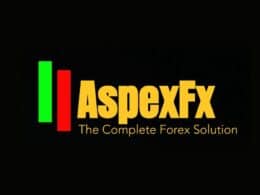 AspexFX is a trading solution that can provide us with automated orders execution. The developers claimed that this…
byG.Invest
No comments 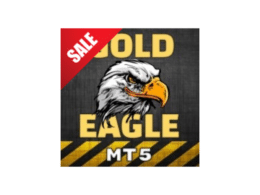 GOLD EAgle is a Forex expert advisor that was designed by one of the most known developers on…
byG.Invest
No comments 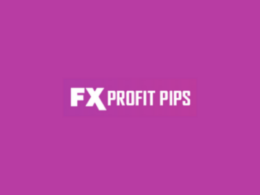 FX Profit Pips is a provider of free and paid signals for the Forex and the Commodities market.…
byG.Invest
No comments 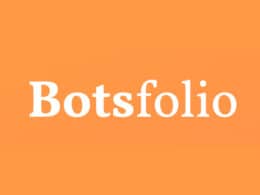 Botsfolio Review: Worth It or Not?

Botsfolio is a fully automatic trading bot that automatically deploys strategies without needing any customization or configuration. The…
byG.Invest
No comments